Long before the office-dwelling inhabitants of this concrete jungle open their eyes for the day, hundreds of pastry chefs, ice cream makers, bakers, confectioners and chocolatiers are awake, busy creating their unique specialties.

New York is a sugar-lovers paradise. Magnolia Bakery’s cupcakes took the world by storm after featuring on Sex and the City, to the current obsession with sugar in all its guises – every taste is catered for in the Big Apple. Magnolia Bakery still churns out their famous, fluffy cupcakes fresh every day, in flavors such as Red Velvet, Snickerdoodle or Chocolate with Caramel, Coconut and Pecan icing. Don’t just head straight to their cupcakes though – their charming, dainty layer cakes are a treat, reminiscent life-size versions from a dollhouse afternoon tea set.

But depending upon what you look for in a cupcake, you might find one of the hundreds of other cupcakes that the city has to offer more your style. Billy’s Bakery reminds of grandma’s kitchen, with rustic traditional cupcakes – coconut-lovers, here is your first stop. Gluten intolerant? You can choose your sweets without a second thought at Tu-Lu’s Gluten-Free Bakery. They also offer wide range of delicious dairy-free and vegan cupcakes.

The cupcake, beer and wine pairings at Sweet Revenge are a one-of-a-kind experience. Perhaps a Mexican Vanilla cupcake with spiced apple filling and a salted caramel frosting, paired with a Chilean chardonnay? Or lime chiffon with mango buttercream, accompanied by a Mango Bellini? With 25 wine and cupcake pairings, 25 beer and cupcake pairings and a short cookie-pairing menu, this is a grown-up decadent experience not to miss.

But cupcakes are just the beginning – Two Little Red Hens makes the ‘best cheesecake in NYC’ as voted by Serious Eats. Alice’s Tea Cup has a storybook vibe, each outlet named Chapter I, II or III. Alice in Wonderland themed afternoon teas are served on three-tiered tea stands, with such delights as pumpkin scones (flavors change daily), banana nutella cake, or Lapsang souchong smoked chicken breast, goats cheese and apple sandwiches. For afternoon tea fans, there are a number of venues around the city serving a traditional tiered tea – from the famous Ritz Carlton Central Park, to the British themed Tea & Sympathy, where English scones can be enjoyed with jam and clotted cream. Rice pudding, another traditional English dessert, has been taken to new levels at Rice to Riches, a specialty rice pudding store that serves a huge variety of flavors. Try their French Toast, Coconut or Tiramisu – but please leave your calorie counters at home.

Home to some of the world’s best known pastry chefs, New York is packed with patisseries and dessert restaurants by the likes of Francois Payard, Pichet Ong, Christina Tosi and Dominique Ansel. FP Patisserie and Francois Payard Bakery serve traditional, finicky French pastries across Manhattan. While Pichet Ong’s bakery and dessert restaurant are now closed, Ong consults on menus across the city. He has lent his expertise to such ventures as Coppelia, a 24 hour Cuban diner that is making waves with his Torrejo De Oliva, a olive oil bread pudding-like cake served with blackberries. Christina Tosi, a James Beard award-winning pastry chef, heads up the dessert branch of David Chang’s Momofuku empire. Momofuku Milk Bar is world-renowned for its unique sugary creations, such as cereal milk softserve, a compost cookie packed with potato chips, pretzels, butterscotch, and ‘crack’ pie, a butter-egg-cream-sugar rich caramelized custard pie with an oatmeal crust.

Dominique Ansel is the name behind the fusion-pastry creation that took the world by storm. His bakery is the home of the Cronut, Ansel’s signature pastry replicated around the globe. With a 2-hour line every morning for his rotating monthly flavors such as Raspberry and Lychee, it is often worth arriving at 9am after the line has dissipated. More often than not, the last batches of Cronuts are making their way out of the kitchen, ready for those not quite so keen on a 5AM start to snap up.

But the hype around the Cronut often obscures some of Ansel’s other impressive creations. The DKA (Dominique’s Kouign Amann) is a better bet for breakfast: tender, flaky croissant like dough and a caramelized crust a perfect accompaniment to a strong black coffee. For an instant sugar coma, his Frozen S’More is an inverted version of the favorite campfire treat – a frozen custard center, covered in chocolate wafer chips, encased in a torched-to-order housemade honey marshmallow is served on a wooden stick that’s been smoked over applewood chips to give the whole dessert that campfire flavor.

It’s not just the croissant-doughnut fusion that’s making waves around the world – the good old-fashioned doughnut has been transformed in recent years into much more than a cheap gas-station sugar fix. The gourmet doughnut craze sweeping the globe is said to have started right here in New York City at Doughnut Plant. Off to a rocky start two decades ago, owner Mark Isreal often had trouble convincing local businesses to stock his gourmet doughnuts, as the snack was seen as little more than cheap junk food. But using his grandfather’s recipe, he developed delicious, unique varieties using fresh seasonal fruit and roasted nuts in his glazes.

These days, gourmet doughnuts are known and loved by many – though Williamsburg’s Pies ‘n’ Thighs are loved more than most. New York Magazine lists these as the best in the city – these are more your traditional, dense, cake-like doughnut. From cinnamon and nutmeg sugar coated, jam filled or glazed with ginger and grapefruit, they are filling and best attempted with a friend.

While in Williamsburg, drop into Mast Brothers Chocolate for an artisan chocolate experience unlike any other. About as deep into the Brooklyn artisanal food movement as you can get, the Mast Brothers have been making their bean-to-bar specialty chocolate since 2006, and are renowned worldwide for their clean, crisp American-made chocolate. You can taste all of their single origin bars in store: an intriguing global adventure for the palate. Highlights are the Papua New Guinea bar: rich, dark and smoky; the partnership bar with Portland’s own artisanal coffee roaster, Stumptown; and the Vanilla and Smoked Chocolate which comes as a block or in hand-rolled truffles.

Just around the corner you will find OddFellows Ice Cream Co. who create some of the most obscure ice cream flavors you will ever come across. From cornbread; chorizo caramel swirl; manchego, pineapple and thyme; miso, butterscotch and cherry, to tobacco leaf smoked chili and huckleberry, this small batch creamery uses locally sourced dairy and offers 10-14 different flavors of ice cream and sorbet daily.

If you are planning on staying in Manhattan but still want an ice cream fix with a difference, Big Gay Ice Cream has three venues across Manhattan, and starts with old-school vanilla soft serve, adding toppings that range from toasted curried coconut to olive oil and sea salt. You might want to head here after brunch at Clinton St Baking Company, just a short walk away. New York Magazine twice voted Clinton St’s pancakes the best in the city, and these unbelievably fluffy creations studded with either wild blueberries or bananas and walnuts live up to expectations. What makes them exceptional however is the maple butter accompaniment – a pot of liquid gold – warmed and ready to pour over the top.

Only a few hours left in the Big Apple? There are ways to take the sweet side of New York home with you. Stop in at tourist favorite Dylan’s Candy Bar for multiple levels of sugar confections. If you prefer small batch artisanal foods, Brooklyn based Liddabit Sweets makes candy bars just like the ones you find at supermarket checkouts, but these are made by hand with local, seasonal ingredients. They don’t just create replicas of your old favorites though – The Dorie is filled with dark cocoa cookies, salted caramel ganache, sautéed dried apricots and black pepper, or The King is made from peanut butter nougat sandwiched between brown sugar butter cookie, and a layer of fresh banana ganache.

New York is already known as a gourmet dream destination. But some of the worlds most creative, boundary-pushing and inventive chefs trade in sugar there. So on your next trip, why don’t you indulge in the sweeter side of New York?

Lani Kingston
Founder of Four Seasons of Food and author of books How to Make Coffee and London Coffee. Lani is an Australian food writer and consultant now based in Portland, Oregon. 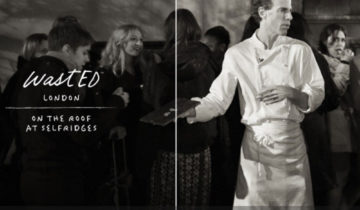 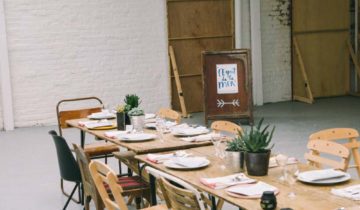 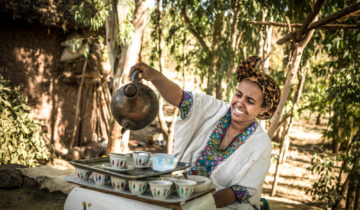 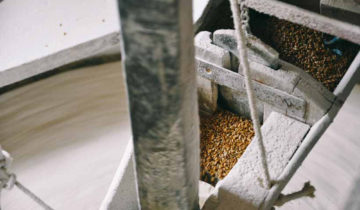 The Art and Demise of the Windmill